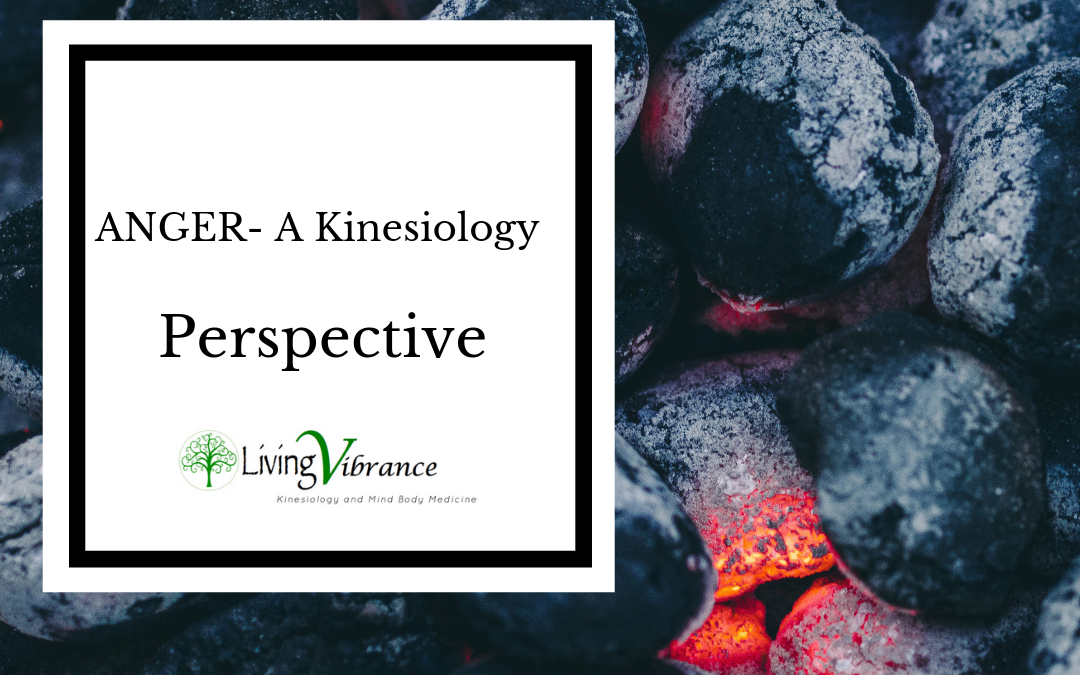 Many people view anger as a ‘bad’ emotion; one of those thats we ‘shouldn’t’ express. Some even fear and avoid the idea of confrontation at all costs in order to avoid any inkling of it. Let me, however, stop you right there and clarify anger from a Kinesiology perspective.

Anger is a primary, built in and hardwired emotion for a very good reason. Simply put, we need it. Even if it is uncomfortable- even if we sometimes hurt others’ feelings. It’s that short storm that clears out debris and cobwebs. It effectuates change when we need it. It allows us to place boundaries and opens up the lines of communication. We, as a society would be stagnant without it.

We can however, get caught up in an overdrive pattern and start to see more frequent outbursts of anger. It starts to lock us up in tension and frustration, it becomes a normal sensation, and that’s when we need to start having a closer look at what’s going on, where and why we’re holding on too tight.

As a Kinesiologist on the Gold Coast specialising on the psychological drivers of a person, let me explain the 3 most common underlying factors I see with clients seeking help for their anger.

Often, this is one I tend to see with many of the men coming into clinic wanting to work on their anger and can be split in two ways. Sufferers will have a difficulty in physically expressing their opinions and beliefs, preferring to think it through and digest it themselves. This isn’t usually and issue, however, I often find there are usually a couple of events or situations which have not been mentally resolved. Alternatively, the person/people they are speaking to refuses to hear/ listen and will shut down the communication.

Over time, both of these will lead to a mental simmering of emotion- simply because it hasn’t been verbalised or heard. It mentally and emotionally builds up, and, with no where to go; is unintentionally forced out- resulting in what we’re seeing as anger outbursts. The source of it though, is still there, we’re seeing symptoms of it but no resolution.

This imbalance is when we have strict ideals, opinions and values. Over time, we accumulate them and enforce them. We start overusing words such as “should” and “shouldn’t “, create ongoing to-do lists and have a strict opinion on how to live and behave. With this type of imbalance, you’ll not only be critical with yourself, but also be quite critical of others.

Either developed by learnt behaviour from parenting or through natural predisposition, these types have a lot of trouble letting go. They believe things have to be done now and correctly and can often be perfectionists.

The cure?? Going with the flow! Knowing and trusting that life and things are the way they are. That’s it’s easiest to adapt accordingly, rather than over controlling and then building frustration when things don’t go to plan.

When we’ve been in this mindset for a long time, it can be easier said than done. Untangling years of learnt behaviour and beliefs can be tricky to do alone. But even having the awareness and starting to spot yourself displaying that rigidity will go a long way in changing it.

It’s absolutely worthwhile to get a mental and physical re-balance with your local Kinesiologist if you’re noticing difficulty changing the mindset. Alternatively, read up a little more about the wood pattern here.

Are you getting constantly triggered by the same person? The same situation or environment? This type of anger buildup stems from the same pattern or dynamic repeating itself. Whether it’s a case of unclear boundaries on your behalf or behaviour such as a lack of respect, you’re feeling regularly triggered, powerless, stuck and frustrated.

Somehow or other, even if you don’t see a solution, something has got to give. The situation or dynamic simply isn’t working- rendering it unsustainable.

You can try to hold on as long as possible but in the end your subconscious will fight to protect you. So, you can either wait for that explosion to happen or find a way to shift the dynamic. What can be let go, shifted or expressed?? I know it doesn’t feel like there are any options, that you feel stuck. But, take a step back, view all your options- which is the easiest one and go with it. Something has to change, so- trust yourself and back yourself up. These changes or confrontations don’t need to be aggressive, just firm , with a calm and open-minded energy.

All three of these drivers are a form of feeling boxed in; either verbally, our mental ideals or with our physical relationships to a person/environment- Anger builds and something has to give.

We have to learn to let go and go with the flow, putting down the mental constraints and letting things be with an open mind. We I say this, I don’t mean total surrender. I mean the sweet spot in between discipline and surrender: FLOW.

Things around you still get done, they won’t crumble around you if you don’t tend to it all, but the energy behind it isn’t the same. It’s a shift from letting go of the pushing force and control and allowing an ‘I’ll adapt to the situation’; creative force.

If you need to address a few unresolved or undigested issues with someone, do so with tact and calm, you’ll see the receiving party will respond much more if they aren’t feeling threatened. Sometimes though, anger is a fantastic way to shake somebody’s feathers and get them to think things through, so don’t be scared to express. It’s all part of the rich tapestry of life and human interaction.

Hope this has given you some food for thought and help along the way. If you need any help untangling and getting to the bottom of your overload, get in touch or book a session on the Gold Coast.

Alternatively you can purchase an Anger Bach Flower Remedy Mix to calm things right down until you resolve the beliefs.

Speak to you soon! 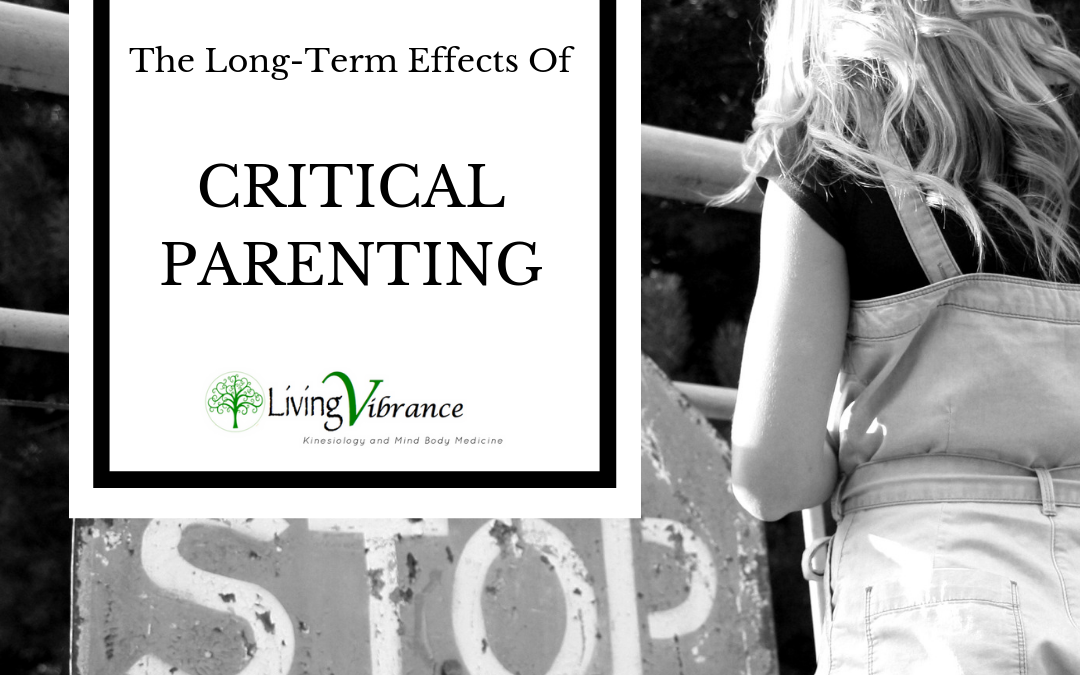 The Long-Term Effects Of Critical Parents.

I wanted to talk to you all about this big theme I see in clinic.. And when I say big theme, I mean, it comes up VERY consistently in my adult clients as they’re on my table. It never starts this way, but many times the causal endpoint is this; critical parents and the effect they have on their children, now adult.

Usually these clients come into clinic wanting to work on something like stress, anxiety, tension, headaches, perfectionism. Looking a little deeper, it becomes clear we’re addressing underlying self esteem problems, feeling unworthy, not good enough, self sabotaging and they’re usually very critical of themselves (and others!)

Although these people aren’t coming to me in direct relation to their parents, I’ve been a Kinesiologist long enough to know how to pull the layers back. So like any good Kinesiology session, we follow the trail, and pull at the thread, more often than not the source is this. Either one or both of their parents have critical tendencies. Parents who have applied pressure on their children from childhood all the way through into adulthood; and, surprise! After years of embedded belief systems, I find these now adults on my table with all sorts of stress and beliefs that need to be defused and integrated, sadly, as a result of critical parents.

The Wedge That Divides.

The thing is, it’s hard to lay blame or palm off any responsibilities, as the intention is good, right? Parents simply wanting the best for their children, ‘helping’ them, ‘advising’ them, ‘guiding’ them in the right direction. It’s hard to take a firm stance on parental figures when they themselves don’t realise the result of their actions; especially after many years of such habits. The intent is good. The intent comes from a place of love. They want the best for their kids..

However, there is a fine line between being a guide, a support system and being critical and maintaining high expectations. In this day and age where checklists that were previously easier to attain such as property, career, a loving and loyal spouse take years longer to put in place and even harder to hold onto. It’s not the same now as it once was, and that gap between generations can sometimes be difficult for our parents generation to understand. We don’t simply finish our studies, meet a partner, move in together, start a family and buy a house for the cycle to start again. It takes so much longer, with many more setbacks, price-tags, obstacles, competition and choice.

Yet, that’s what critical parents have in mind when they try to help their kids. They believe we should be thicker skinned, that the new generation is softer, less driven and with opportunities they never had themselves. Adding to this disparity is that of course, as people get older, they tend to become firmer in their beliefs and have more difficulty accepting other perspectives, lifestyles and beliefs.

The Damage Is Done, What Now?

So what happens when you’re the child of said parents? Is it possible to communicate? To convey your perspective of the world, having your words land on the mark? To be heard and integrated? Well, that depends on your individual family and how it operates. The future of your relationship is a result of both parties’ receptiveness and willingness to shift and change patterns- for the long term.

It is on your end however, absolutely possible to rewire your beliefs. To shift the way you receive ‘advice’. To fundamentally dissolve your need to maintain ‘top scores’ in order to feel good about yourself. Or conversely, to re-build a poor self esteem and appease that anxiety.

So how do you go about this? The first thing necessary is to explore past events; as well as the belief systems that have stemmed as a result.

Let’s say, for example, you received a B in an exam when you were 12 years old. You showed your parents and they were less than impressed because you can to do better. As a result, in the mind of a 12 year old, you’ve not only learned that you need to get A’s for your parents to be pleased, but may go as far as feeling unloved or unaccepted until you get that A.

That belief then lands on the mark and continues into adulthood developing into perfectionism tendencies, either to avoid feeling inner rejection or to maintain the feeling of love and acceptance. Never, really satisfied even when you’re “performing well:, because you’re still always chasing the feeling of being good enough.

(As a side note, if you love TED talks, Marisa Peer has a fantastic talk on being enough, I feel like she was the pioneer on the I Am Enough movement. )

So you see; we’re diffusing the past, we’re becoming aware of beliefs. Of our thought patterns, we’re diffusing and rewiring them into more sustainable ones. We’re building new foundations and boundaries for the future. Simple? Can be, even one session will shift and change your perception of yourself and the world around you. You just need to dig a little deeper.

Is a Holistic Kinesiologist and Mind Body Medicine Therapist located on the Gold Coast, Australia. 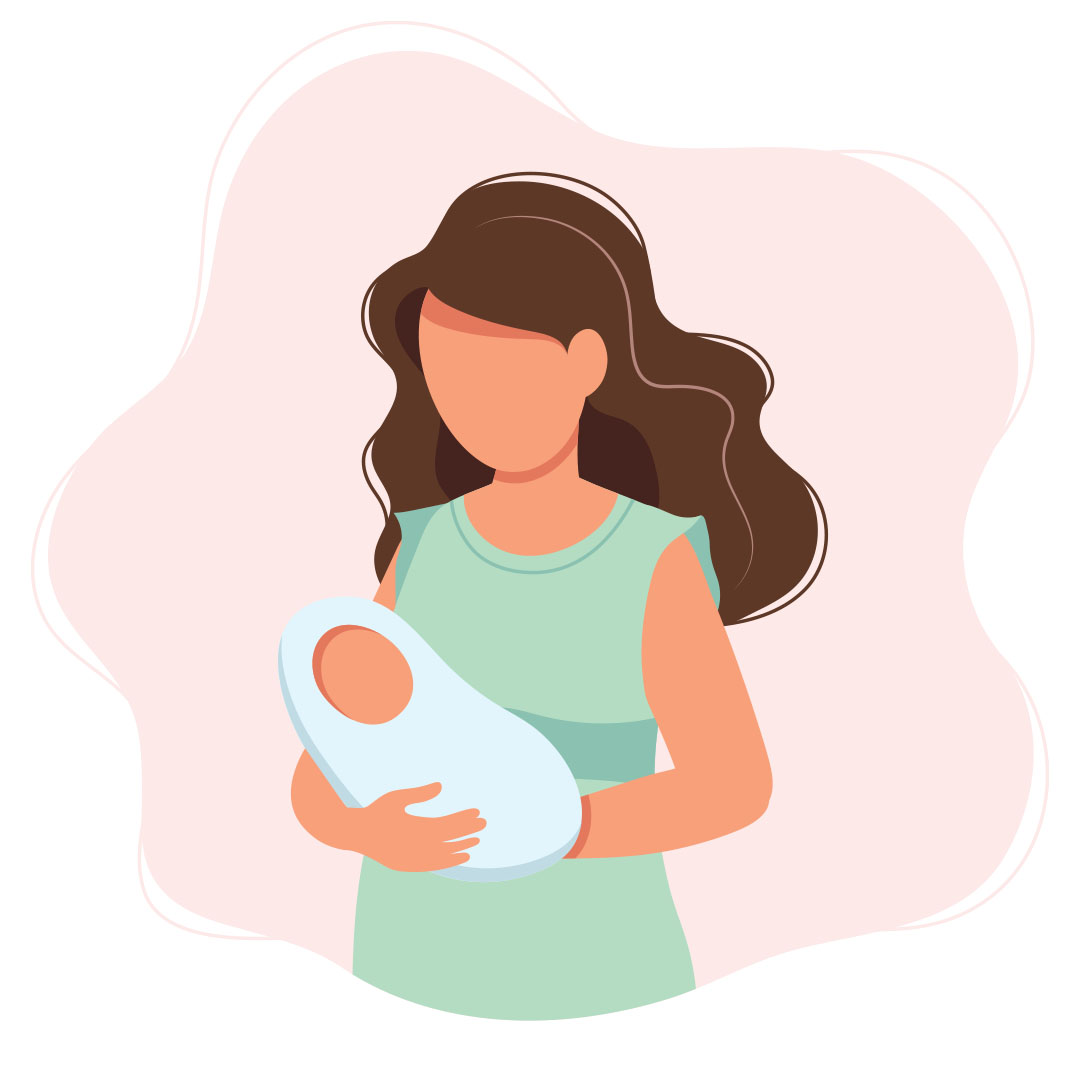